Yes it's that time of the month again. And no, we're not talking about our man-PMSes. It's DANGERDISKO's NOVEMBER 2008 Top 10 Playlist!

Well, wait no more DANGERDISKOTEERS! Here is the top 10!

Well, thats that DANGERDISKOTEERS. Head on down to our friends: DAZED DIGITAL, ELECTRIC ZOO, LA DECADANSE and PANDA TOES, and show them some blogger love! Download and share the love with the rest of the world!

Loves
RoboTron 5000 and Dr. RobotNik
Posted by DANGERDISKO at 2:51 AM No comments:

November has been a pretty massive month for us. Barack Obama won the presidency. (Yeay!) Nicolette Sheridan is going out with mediocre comedian David Spade (Giving butt ugly people all around the world hope!). Paris Hilton and Benji Madden breaking up (Finally!). It's a pretty awesome month. But we're here not to talk about that. Nooooo. We're here to give you the down low on DANGERDISKO's second instalment of the RUNWAY THUNDER series: RUNWAY THUNDER presents FRESH TO THE FLESH!


The night started out FREAKISHLY late: bearing in mind the fashion theme of the night was street wear, thus the designers and patrons were fashionably stuck in a jam in the streets of Kuala Lumpur. But all was well by 11pm as independent designers OSIXNINE, Krookz, Bone and Sexy Little Fire paraded Frangipani's makeshift runway and strutted their unbelievably colourful garments. By the time the thunder started, Frangipani was packed with gorgeous people. Models, celebs, you NAME IT! 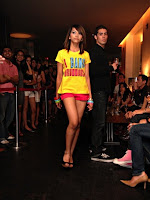 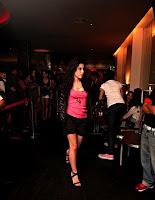 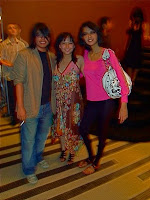 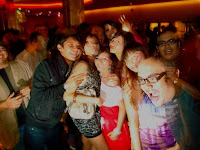 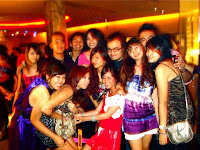 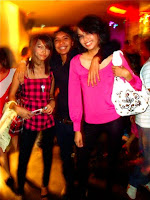 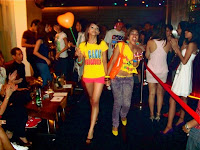 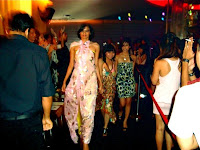 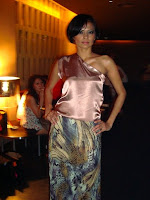 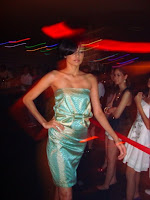 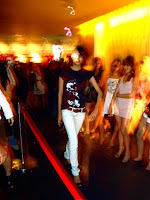 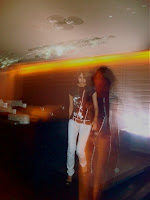 I know you must be thinking to yourself, "Why did I miss such a fabulous party?". Well, it's cos you're lazy and fat. Get off that couch! For goodness sake, start GOING to the events that we post on Facebook, will ya? It's not all make believe. Stop giving us the excuse that it's on a Wednesday. Everybody else came didn't they? But don't you worry, RUNWAY THUNDER is going to be a monthly event. So we'll catch up with you guys on the next one yea?

Its been awhile since our last post. We have been oiling up and recharging our drained batteries after a month of rigorous screening and auditioning. After months of strenous music compiling and proposal submitting, things are starting to pay off. October was a month full of hits and misses. And now it's official, DANGERDISKO is now the permanent Wednesday nights resident DJs at Frangipani KL. We'll be doing our brand of mashup music there, every Wednesday. So for all you new wave-eighties-indie-rock-pop-electro fans out there, put on your Nike Hi Top Dunks and come on down to Frangipani this Wednesday!

But hold on Kuala Lumpur, we're not stopping there.. NOO.. We're planning on to take on The Heritage Row with our brand of smash music. As lazy and unfit as we are, we managed to pull a few strings and got an audition. Last Saturday, DANGERDISKO burned the decks at The Heritage Mansion to an awesome audience with massive success! It was awesome for us to finally get the chance to spin our more harder and edgier set. The crowd there were abit rowdy, but they were a crazy bunch. In a good way. Girls dancing on podiums, utterly pissed drunk and accidentally exposed breasts... Well, you get the picture. Great crowd. Didn't want to leave. We are still compiling the photos of the night. we'll post them as soon as we get our robot mitts on them!

Will DANGERDISKO be residents at The Heritage Mansion? Will they get their own showcase series of nights? Is Brad Pitt cheating on Angelina Jolie? Stay tuned to this blog for more updates!